Allspan had the privilege of providing temporary event structure hire for the maiden voyage of Saga Cruises’ Spirit of Discovery on Wednesday 10 July 2019.

Sailing from the Port of Dover in Kent, the Spirit of Discovery was the first cruise ship to have an official naming ceremony at the Kent Port in over 10 years and it attracted a right Royal turnout.

On Friday 5 July, Kent-based Saga Cruises’ Spirit of Discovery was launched to the public at an inaugural naming ceremony at the Port of Dover in Kent. HRH The Duchess of Cornwall was warmly welcomed by the crew and Saga officials as the “Godmother” to the ship.

Dressed in an aptly nautical navy dress and matching hat, the Duchess met the crew and received a tour of the vessel with music legend and one of ships lead designers, Jools Holland, by her side. 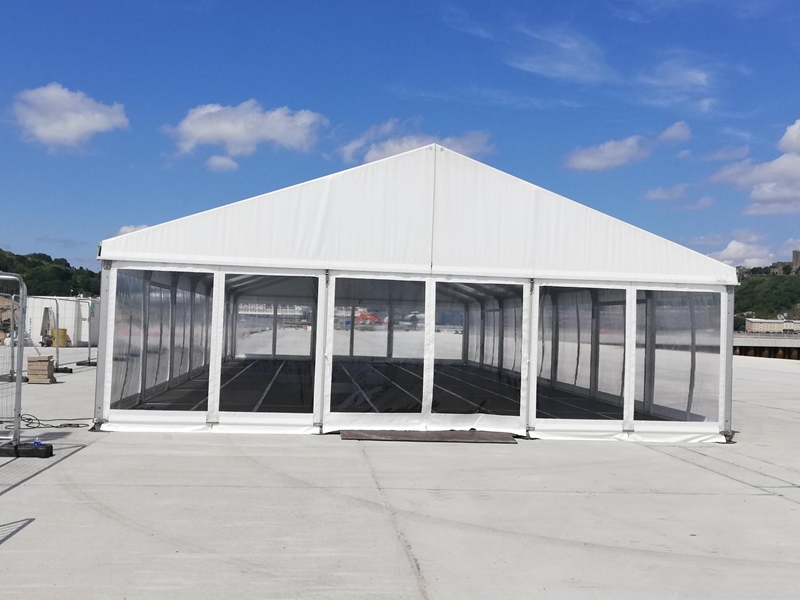 Deeply invested in the ship’s launch and success, Jools Holland, who lives in Kent, helped design The Club, a restaurant and nightclub within the ship that is inspired by 1950’s cabaret lounges. Here, Holland will be partaking in a series of live gigs during three cruises. Privileged guests will have their own exclusive opportunity to hear him and his band play live at The Club.

The Duchess of Cornwall Launched The Ship

During the official naming ceremony, the Duchess of Cornwall revealed an official plaque aboard the ship. She was presented with a painting of the vessel, which she remarked would remind her to book a cabin.

Outside, Camilla cut a ship shaped cake and launched the customary bottle against the ship’s hull. Staying true to its promise of serving local produce within the Ship’s restaurants, the bottle was one of Kent’s finest Balfour sparkling wines by Kent’s own Hush Heath Winery in Staplehurst, located in the South East of England.

The Duchess was a poignant choice as Godmother to this impressive cruise liner. She is the Patron of Silverline – the charity that offers a lifeline of support for the older generation, who suffer from loneliness and depression. Silverline is also the charitable partner to Saga.

About The £346 Million Saga Cruise Ship

Saga Cruises’ Spirit of Discovery is a relatively small ship in comparison to many of its counterparts, measuring only 774 foot in length. It cost £346 million to build and has a capacity of 999 guests. During their stay, each guest can enjoy their very own private balcony – an unusual offering for all cruise ship passengers – as well as 1,000 pieces of art, including 400 original works from British artists.

Among the activities onboard are an array of restaurants and eateries, bars, outside spaces and a fitness centre. For those that enjoy peace and quiet, the cruise liner boasts an observation lounge, an above water spa and a library with the largest selection of books at sea.

The Spirit of Discovery is the third ship by Saga Cruises and will soon be joined by a sister ship.

Where Will the Ship Sail?

The ship will set sail from the Port of Dover and Southampton for tours of British shores, Ireland, the Baltics, Scandinavia, Spain and Italy.

Allspan were delighted to be part of the launch of the ship’s maiden voyage by providin the temporary event structure hire for the first customer check-in at the Kent dockside.

As a temporary event structure hire company based in Kent, it was a delight for Allspan to be involved in this local occasion.

The Allspan temporary event structure installed at the Port of Dover in Kent was used for the vessel’s maiden voyage as the passenger check-in area. Eager guests congregated in the structure before stepping aboard the magnificent Spirit of Discovery.

The temporary event structure installed measured 9 metres wide by 21 metres with White Opaque PVC Roof and Gable Covers and also featured a self-weighted cassette floor to provide level ground underfoot. It had Panoramic PVC window walls to all sides to let in the natural light and provide a bright spacious setting.

The temporary event structure was situated on the dockside with views of this magnificent ship. 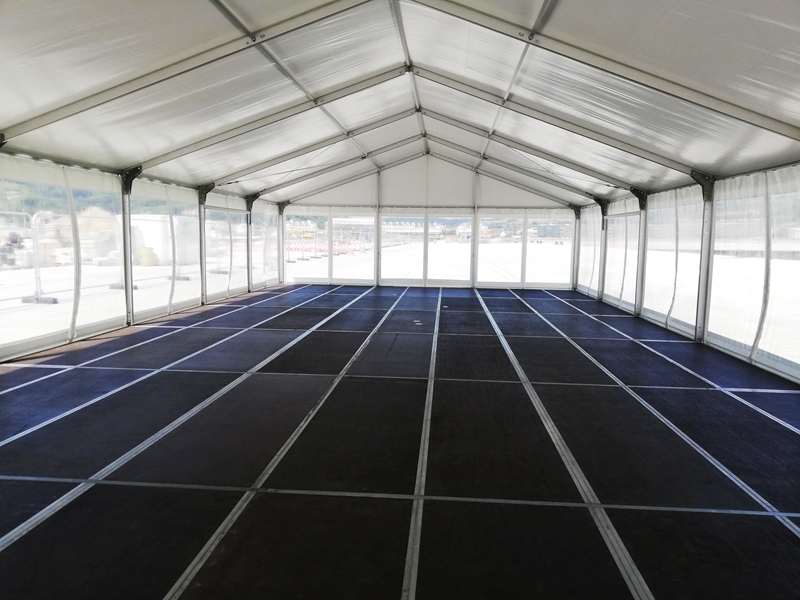 Allspan’s temporary event structure hire services are available for corporate and private events throughout the South Eastern area of the UK, including Kent, London and Greater London.

Our structures are superior in their styling, installation and maintenance. Consequently, we have been a leading supplier for London venues for many years. We are an established structure and marquee supplier for Westminster Abbey, The Royal Geographical Society and Brands Hatch Motor Racing Circuit, to name but a few.

Allspan temporary event structures can be fully heated, carpeted and glazed, thus offering the perfect alternative to a permanent venue.

To find out more about Allspan temporary event structures and marquees, please contact us today!